Television icon Regis Philbin will deliver the commencement address at Trine University in May.

Philbin, longtime host of “Live with Regis” and “LIVE! with Regis and Kelly,” will address graduates May 9. 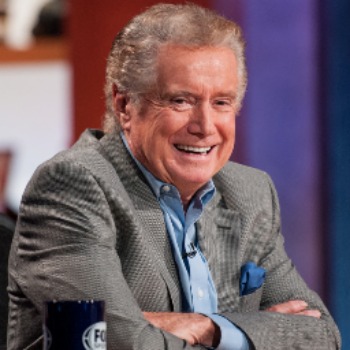 “We are honored a cultural icon and veteran TV personality such as Mr. Philbin has accepted our invitation to speak at Trine,” said Earl D. Brooks II, Ph.D., Trine president. “He has entertained and enlightened television audiences for years and we look forward to hearing his advice and message for our students.”

During commencement, Trine University will present Philbin with an honorary Doctorate of Humane Letters.

Commencement is scheduled for 10 a.m. Saturday, May 9, at the Fred Zollner Athletic Stadium. In case of inclement weather, the Keith E. Busse/Steel Dynamics Inc. Athletic Recreation Center will serve as the venue. The event is open to the community. Philbin, who first appeared on TV more than 50 years ago, left his morning show hosting duties in 2011 but did not leave TV. He’s a regular guest on “The Late Show with David Letterman” and on shows hosted by celebrity cook Rachel Ray. In late January, he served as guest host for two episodes of “The Late, Late Show” on CBS.

In 1983, Philbin created “The Morning Show” for WABC in his native Manhattan. It quickly rose to the No. 1 show in the market before he was joined by Kathie Lee Gifford in June 1985. In September 1988, the program debuted in national syndication as “Live with Regis & Kathie Lee.”

Kelly Ripa joined him in 2001 and the American favorite became “LIVE! with Regis and Kelly.” In January 2011, Philbin announced he was leaving the show to tackle new adventures in the entertainment industry. His last day on the program was in November 2011, after Philbin had racked up 28 years with the show.

In September 2011, he broke his Guinness World Record for Most Hours on Camera on U.S. Television, setting a new mark of 16,746.50 hours accumulated during his career. He was honored for his career with a Lifetime Achievement Award from the National Academy of Television Arts & Sciences at the 2008 Daytime Emmy Awards. Other accolades for Philbin include co-winner with Ripa of the 2011 Daytime Entertainment Emmy Award for Outstanding Talk Show Host, TV Guide Award as Personality of the Year in 2001, a Broadcasting & Cable Lifetime Achievement Award in 2001 and an inductee into the National Association of Broadcasters Hall of Fame in 2008.

In August 2013, Philbin went to FOX Sports as host of “Crowd Goes Wild,” an original, unpredictable New York-based weekday sports talk show that aired on FOX Sports 1 until April 2014. Philbin has also hosted the popular “Who Wants To Be A Millionaire,” “America’s Got Talent” and “Password.”

A Notre Dame graduate, he is married to Joy Philbin.