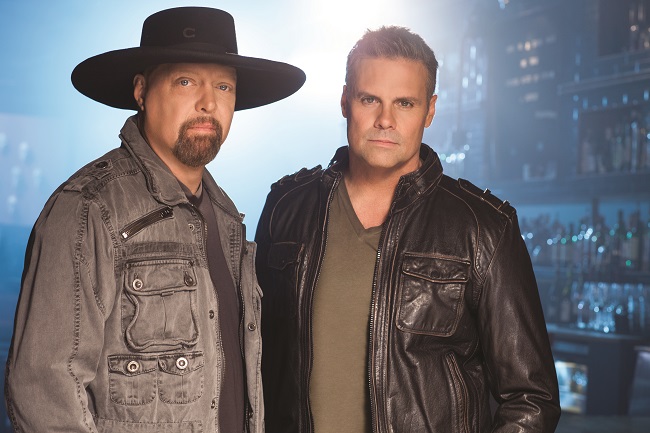 Tickets go on sale at 10 a.m. March 10 for a May 12 performance by award-winning country duo Montgomery Gentry in Trine University’s T. Furth Center for Performing Arts.

Doors will open at 7 p.m., with the concert beginning in the Ryan Concert Hall at 8 p.m. Tickets, which are available at trine.edu/furth, range from $47 to $67.

When the two Kentucky boys — Eddie Montgomery is from Lancaster and Troy Gentry is from Lexington — first burst onto the national scene in 1999 with the defiant “Hillbilly Shoes,” notice was served: Country music had never seen a hard driving duo like this.

Despite the millions of albums sold, sold-out shows and scores of awards, Montgomery Gentry remains in touch with its working-class roots.

“We are blue-collar workers and we lived the songs that we sing,” said Gentry. “Because of that, our fans are able to make the connection and when they hear our songs, they know we are singing with passion and we know what we are talking about.

“People are going to be able to touch on each one of our songs and say. ‘Yeah man, that song is a little bit about me,’ or ‘I know a person that lives next door to me that’s been through what you just got done singing about. People can associate themselves with ours song.”

“With us is what you see is what you get,” Montgomery said of the duo’s down-to‐earth demeanor. “We don’t act like we don’t drink or cuss. We have faults like everybody else and that’s who we are.”

But awards and accolades aside, it’s their induction into the venerable Grand Ole Opry in 2009 that means the most.

“Unlike other awards, becoming members of the Grand Ole Opry is something people can’t take away from you,” Gentry said. “Other awards come and go, but once you become a member of The Opry, you are a member for life—that’s something that Eddie and I are very proud to be a part of.”

There’s no doubt that they’re hard‐running honky tonkers, but Montgomery and Gentry are also empathetic citizens of the world. Acknowledged by the Academy of Country Music as the 2010 winners of its Humanitarian Award, they devote their time and energy into making the needs of others a priority. They are active participants in many charitable organizations, including the U.S. military and organizations such as the TJ Martell Foundation, Camp Horsin' Around and the Make‐A‐Wish Foundation of Middle Tennessee.

“We grew up on Charlie Daniels, Waylon Jennings, Willie Nelson, Lynyrd Skynyrd and Merle Haggard,” Montgomery said. “That’s who we are. We cut our teeth in the honky tonks and no matter what you try to do, we have to be us or it just doesn’t sound right.”