Trine alum honored as General Education Professional of the Year 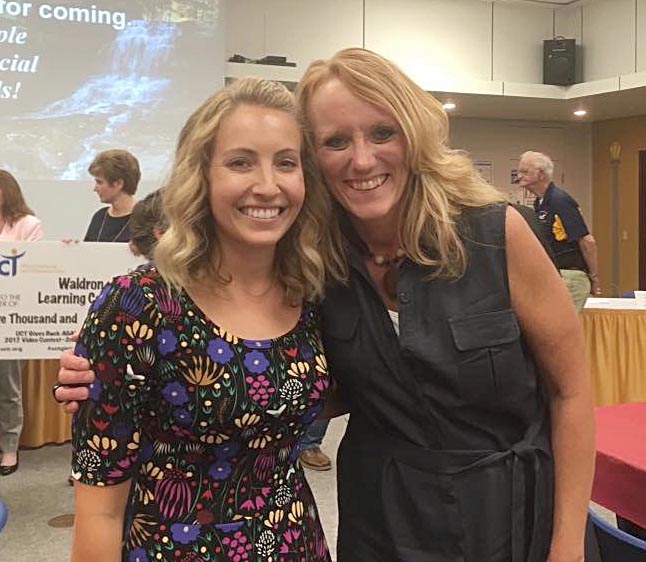 COLDWATER, Michigan — Lindsey Karbon, a 2013 elementary education graduate from Trine University, was honored by the Branch Intermediate School District as its General Education Professional of the Year.

“It was definitely unexpected and I was a little shocked,” Karbon said. “It was such an honor to be recognized, especially in the same district/county where I went to school.”

“Lindsey’s passion for impacting the lives of others shined during her time at Trine University,” said Anthony Kline, Ph.D., dean of the Franks School of Education. “We are so pleased to see that she was recognized by her peers as an outstanding educator.”

The Making a Difference Awards honor educators who make a positive impact on students in the district’s Individualized Education Program. Karbon’s award recognized her as an “outstanding person who has contributed to special education.”

Photo: Lindsey Karbon 2013 BSElEd, left, at the Branch Intermediate School District's annual Make a Difference Awards, with Jessie Pickell, who nominated her for the General Education Professional of the Year award.