More than 160 students compete in TEAMS at Trine 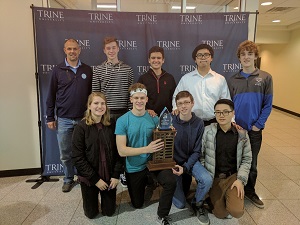 Using materials like cardboard, paper clips, clothespins and even the inevitable duct tape, 21 middle and high school teams worked to complete a design project as part of the annual Tests of Engineering Aptitude, Mathematics and Science (TEAMS) competition Feb. 21 at Trine University.

“Team-building is very crucial for these kids,” said Scott Vandygriff, math teacher and coach for the Discovery Middle School teams in Granger, Indiana. “A lot of time they don’t get that type of opportunity in class.”

A record 168 students took part in the two-part competition, held in the Rick and Vicki L. James University Commons. The first part consisted of a multiple-choice test that teams worked together to answer; the second part was a design/build challenge where teams worked on and tested their solution to the assigned project. 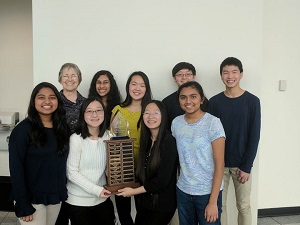 The event was one of a number of qualifiers for the TEAMS national competition, which will be held in Orlando, Florida, June 21-25, so specifics about the design/build project cannot be released until the regional competitions are completed. Vandygriff said students know going in what materials they will have available to use, but not the specifics of the project.

The theme for this year’s competition is “Engineering the Environment.” 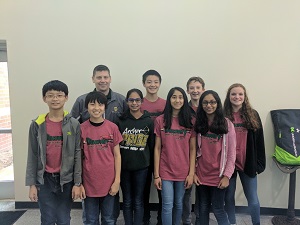 To learn more about the TEAMS competition, visit teams.tsaweb.org.