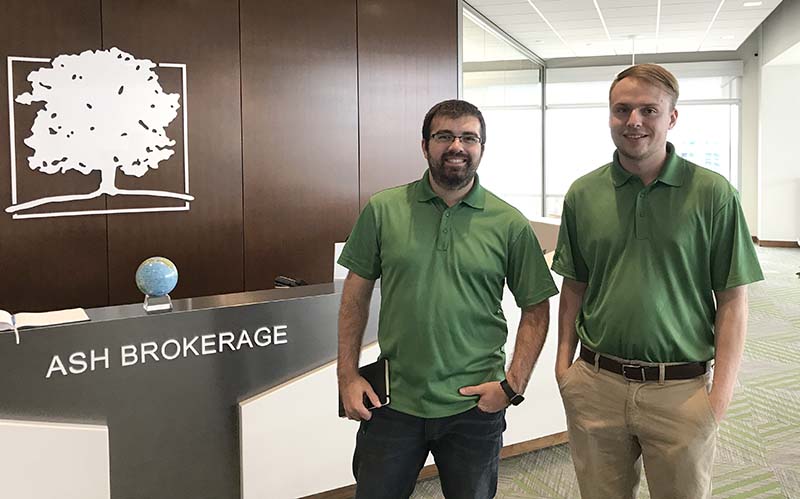 FORT WAYNE — A Trine University student who served an internship at a Fort Wayne insurance brokerage this summer will continue working for the company and hopes to eventually join the firm full-time.

“Nicholas applied on his own and did an outstanding job during the interview process, in part because of several internship experiences he has already had,” said Linda Cooper, employment specialist in Trine University’s Employment Resource Center.

Wybo said he has had three previous internships, two in information technology. He worked in the IT department at Able Manufacturing in Joplin, Missouri, then did an internship with Triton Metal Products in Hamilton, performing day-to-day computer troubleshooting.

He said he applied for the internship at Ash to get experience working in a field besides manufacturing.

“I wanted to switch up my work zone this year to broaden my experience,” he said. “I basically wanted to do something new.”

His daily responsibilities include assisting internal users and agents from insurance agencies who call in regarding the company’s portal.

“I’ve had a major project that included the imaging, setup and deployment of new Dell laptops to around 60 of our employees,” he said.

He has been offered employment with Ash during the school year and plans to work half from the firm’s office and half from home.

“After graduation, I will be hopefully working here full-time, and moving onto the infrastructure team,” he said. “Only time will tell.”