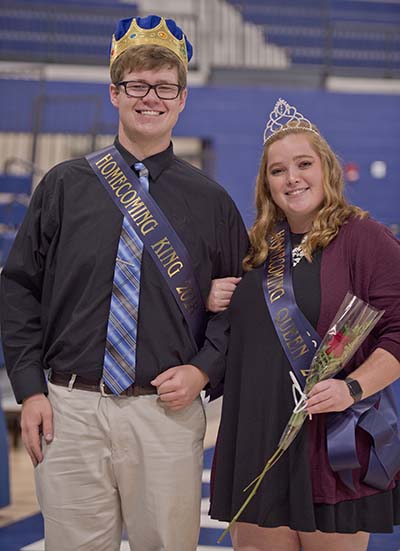 Trine University recognized its 2018 Homecoming court as well as its king and queen during the annual Thunderstruck Pep Rally in the MTI Center on Oct. 5.

Isaac Nice of Paulding, Ohio, was named Homecoming king. Nice is a junior majoring in chemical engineering, and is involved in the American Institute of Chemical Engineering, marching band, concert band and jazz band. He would like to work in process engineering, either in the food or music equipment industry.

Other members of the Homecoming court included: