Even though he just graduated in 2014, Zak Kocsis’ electrical engineering career already has taken him across the border. 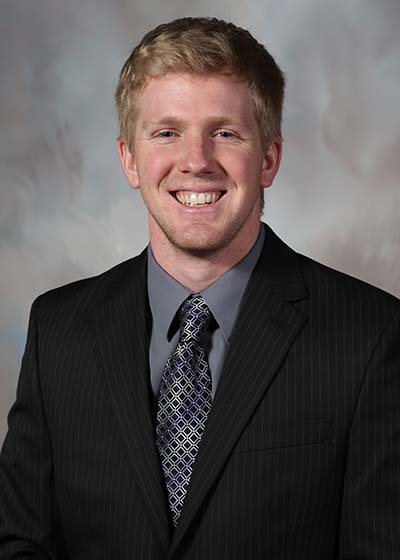 Zak has worked for BAE since graduating from Trine University, and in 2018, the company, which specializes in defense, security and aerospace, sent him to its Guaymas, Mexico, site to serve as lead engineer for two years.

“As the only American engineer on-site, I had to wear several different hats through my two years there,” he said. “It was a fun and rewarding experience, especially as my wife and I welcomed our son into the world six months into it.”

Zak initially didn’t want to come to Trine because he didn’t want to go to the same school as his sister, who also attended. But the growth on campus and the committed faculty members won him over.

“After I attended an Engineering Visit Day, it was clear that there weren't any schools with faculty more dedicated to the students' learning than Trine,” he said.

He initially struggled with what major to choose, but thought electrical engineering was interesting after completing a project in high school.

"Trine engineers enter the field with experiences facing and overcoming challenges, which makes them capable of great success, even early on in their career. Knowing Trine students have these types of experiences with handling such challenges is one of the reasons I continue to come back to recruit interns and full-time employees when there are available positions."- Zak Kocsis

“I went into my freshman year with an open mind, willing to change if I decided I wasn't interested, but the exposure to electrical engineering classes early on convinced me that it was the right decision,” he said.

While at Trine, he interned at BAE’s Failure Analysis Lab in Fort Wayne, Indiana. After graduating, he joined the company's engineering leadership development program in Endicott, New York, while working on a master’s degree in systems engineering from Cornell. He worked with a team designing new solutions for integrated circuits used in commercial aircraft that were going obsolete.

After a year, Zak returned to Fort Wayne to work in various roles supporting the engineering product support team while finishing up his master’s degree. He then took the rotation in Mexico before returning to Fort Wayne again as a sourcing and supplier quality engineer. His role includes contract negotiations, purchasing, and investigations into component-related defects that occur on commercial aircraft.

“Now my wife, Lauren, who graduated from Trine the same year I did, is a full-time professor at Trine, so we should hopefully be done moving for a while,” he said.

In addition to technical skills, Zak said one of the most valuable things he gained from his Trine education was the ability to handle work that is over his head.

“Engineers are not expected to know everything, so it is common for them to face challenges that are beyond their realm of knowledge,” he said. “The important part is how they address not knowing the answer and how they get to a solution. It becomes clear who can be counted on to find a solution when under pressure and who will struggle when faced with a challenge beyond their expertise.

“From my experience, and what I've seen of graduates since obtaining my degree, Trine engineers enter the field with experiences facing and overcoming challenges, which makes them capable of great success, even early on in their career. Knowing Trine students have these types of experiences with handling such challenges is one of the reasons I continue to come back to recruit interns and full-time employees when there are available positions.”