Skip to ContentSkip to Footer
Read what we are doing to keep campus safe and healthy – trine.edu/trine-strong/ 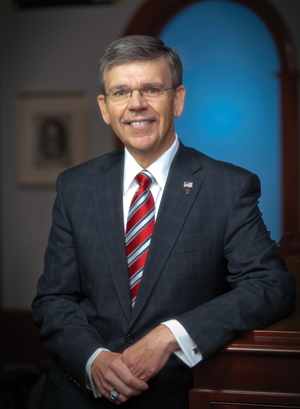 Trine University is a growing school with a rich heritage of academic excellence and tradition. With enrollment that has more than tripled since 2000, Trine University remains a remarkably creative, innovative campus with a vibrant student life. Expert, caring faculty prepare Trine students to lead, succeed and serve.

More than 99 percent of graduates over the past seven years have found employment or started graduate school within six months. Many of our students collaborate with companies, organizations and schools around the globe to solve complex problems and real-world issues, and many graduates start flourishing companies or rise to the highest level of major corporations. The next time you see a golf ball, just remember one of our graduates is responsible.

Over the past 20 years, we've added more than $160 million worth of campus enhancements and facilities, including the new Thunder Ice Arena and MTI Center. As the 21st century progresses, Trine will continue to strategically develop its people, programs and facilities to make a positive impact on students, the community and beyond.

More than 99 percent of graduates over the past seven years have found employment or started graduate school within six months.

As a Trine student, alumnus or supporter, you are part of a community – a family – that has been active since 1884 and will be here for years to come. Starting as a teacher’s college and evolving into the 20th century as the university opened the doors of its engineering school, we’ve added acclaimed business, humanities, education, health sciences and science programs that continue to meet with success.

If you are looking to become a student at Trine, I encourage you to schedule a time to visit and see the campus for yourself. While you're here, be sure to meet with professors and students and ask all the questions you want.

Whether student, alumnus or friend of the college, please stop by my office in the C.W. Sponsel Administration Center when you are on campus. My door is open and you are always welcome.

Dr. Earl D. Brooks II began serving as the 16th president of Trine University in 2000. Since his inauguration, Dr. Brooks has led Trine on the path of growth and improvement, ensuring the university is one of the top private institutions in the Midwest. Since coming to Trine, Dr. Brooks has spearheaded a successful $90 million capital campaign, headed initiatives to revitalize campus, positively engaged the surrounding community, cultivated relationships with alumni and friends, and sought new opportunities for students. In the fall of 2013, Trine kicked off a $75 million campaign which has since expanded to $125 million, focusing on capital improvement projects, endowment and the annual Trine fund.

Trine University’s campus has grown considerably over the past decade under Dr. Brooks’ leadership. More than $125 million worth of campus enhancements and facilities have been added — including:

Dr. Brooks oversaw the transition from Tri-State University to Trine University in 2008, which helped the university better define its mission and direction while honoring trustees Drs. Ralph and Sheri Trine. The decision was part of a strategy that has spurred Trine University to continued growth, including record enrollment of nearly 5,000 students, a career placement average of more than 99 percent over the past fouryears, and an economic impact of more than $100 million to local, regional and statewide economies.

The university recently celebrated 16 consecutive years of balanced budgets and has raised an average of more than $20 million over each of the last three years. It also graduated its first doctoral class of physical therapists with the Class of 2017.

President Brooks received his bachelor’s, master’s and doctoral degrees from the University of Tennessee. He currently serves as a member of the board of directors for the:

He serves on numerous councils and committees including: